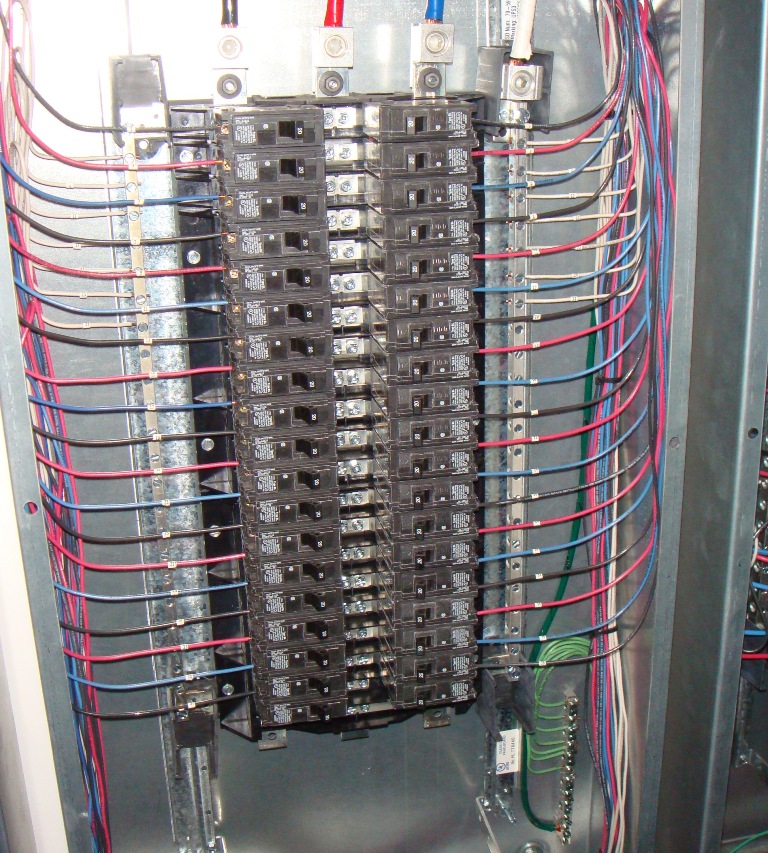 Thank you for your question regarding the separation of the earth bar from the neutral bar in an electrical sub-panel, it is our pleasure to help.

The difference between a earth wire and neutral wire is often misunderstood.  The problem primarily comes from the inappropriately named “neutral” wire.  There is nothing neutral about a neutral wire.  It is a current-carrying conductor, just like a hot wire and has all the potential for danger and should be treated with the same respect.

Consider the schematic for a flash-light.  Your typical flashlight consists of a battery, a switch, a few wires, possibly a fuse, and a light bulb.  Let’s ignore the switch, as it doesn’t relate to the point we are trying to make.  In a flash light without a switch, you would see a black wire running from the battery to the light bulb, and a white wire running back from the light bulb to the battery.  The black wire would represent the “hot” wire, and the white wire would be our “neutral”.  The green earth wire would be tied to the metal case of the flash light and bonded to the battery return terminal via a fuse, and would be an open in regard to the rest of the circuit.

Now, the white wire will have minimum voltage, until you add another light bulb to the circuit.   If you cut the white wire in half, and inserted a second light bulb, the first half of the white wire would now both maximum current and half the voltage.  The second half of the white wire (the piece tied to the battery) would have maximum amperage and minimum voltage.  This could go on for as many light bulbs as we want to add into the circuit.  Any resistance added to the white “neutral” wire, will instantly become part of the circuit and see voltage.  The green earth wire would only come in to play if the black or white wire were to accidentally come in contact with the case.  The electricity would short to the case and travel back to the battery causing a temporary increase in current, which in conjunction with a fuse would stop the flow of electricity.

When we are dealing with an electrical 120-volt circuit, the same thing is true with our neutral white wire.  It only appears to have zero volts because there is no resistance.  If you become part of the circuit, the voltage will form across your body.

Now, in the case of a single-phase electrical subpanel, we know that 100% of the current from the hot-wires will travel on the neutral wires back to the main electrical cabinet.   If we bond the earth wire to the neutral in the sub-panel, current will flow on both the neutral AND on the earth wire.  Which means that if you do not keep the earth wires separate from the neutral wires, you will be allowing return currents to flow on the earth wires back to the main panel.  This is not only bad for obvious safety reasons, but it will also cause problems with GFCI breakers and cause equipment interference issues.  It is also of course a violation of the National Electrical Code (NEC).  You are to have one and only one connection between the earth system and the neutral system, and that is at the first service disconnect.  This is vital for the proper operation of over current protection devices (OCPD) such as fuses and circuit breakers.

We hope you have found this information useful, if you should have any further questions, please do not hesitate to contact us again in the future.