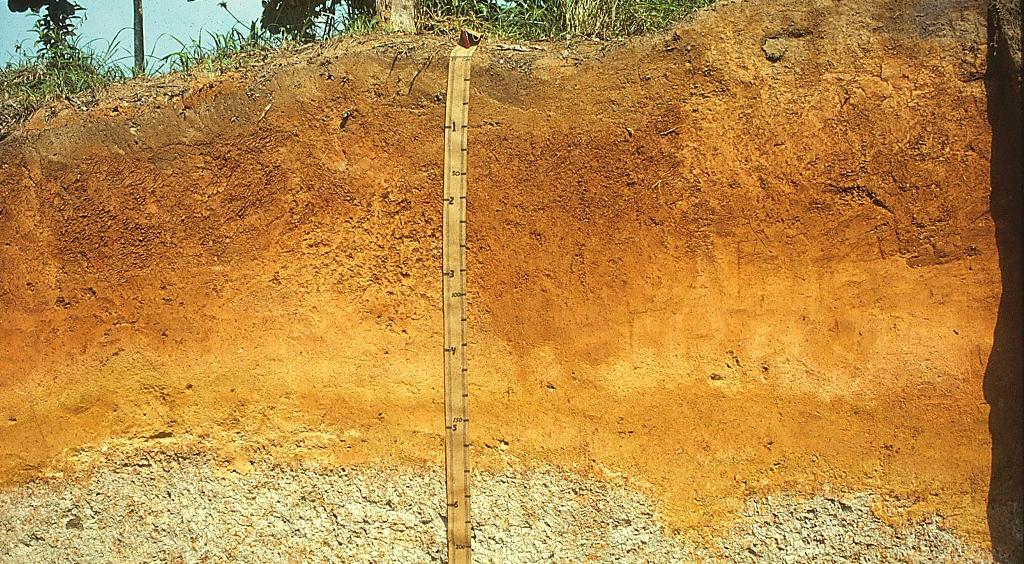 Thank you for your question regarding the difference between GPR events modeled in single layer soils, versus those modeled in multilayer configurations.  It is our pleasure to help.

First of all, you are correct about the IEEE Std 80, it only uses uniform (single layer) soil for its calculations.  Chapter 13 of the 2000 edition of IEEE Std 80 deals with the soil structures and the selection of a soil model.  The 2000 edition do the standard introduced a flawed method for the calculation of a 2-layer soil structure, and only briefly discusses multi-layer structures.  This new method uses a uniform soil structure that claims to provide accurate 2-layer soil equivalences.  In a paper titled “Effects of the Changes in IEEE Std. 80 on the Design and Analysis on Power System Grounding”, by J. Ma, F. Dawalibi, R. Southey, of Safe Engineering Services & technologies, they state that the 2-layer soil structure method presented in Annex E of the IEEE 80 standard is flawed.  The paper shows that in some cases when using the IEEE Std 80 2-layer soil method, when the earthing grid is increased in size, the calculated resistance to earth increased.  This is contrary to what will happen in reality, when a earthing grid is increased in size, the resistance to earth of the grid will decrease.  In other examples, when the soil resistivity was increased in the 2-layer calculation, the resistance of the earthing grid was calculated to decrease.  Again, this is contrary to what will occur in real life.  These results of the paper demonstrate that the calculations found in IEEE Std 80 are only valid for uniform (single layer) models and should not be used for multi-layer soil configurations.  This further demonstrates the need for detailed computer models, instead of the suggested hand calculations from Annex E of Std 80.

The real concern is that even an accurately calculated 2-layer model is generally not consistent with what is seen in reality.  Most soil configurations are generally best modeled using 3 to 5 layers, and uniform (single layer) models are simply unrealistic as this condition does not occur in nature.

The multi-layer soil structure is very important as often the earthing grid of a substation is placed in soil that has been shipped in, which is often very different from the natural soil found below it.  Also, the earth rods are inserted into the earth at some depth, which may have soil resistivities that differ several times down its length.  The tips of earth rods are known to be one of the single greatest points for leakage current to enter in to the earth, and as such the resistance of the soil at that level is vital for understanding current flows throughout the grid.

The deepest layers of the soil will have the biggest impact on how the overall earthing grid will function.  Soil structures that get more resistive with depth, will tend to reflect electrical current back towards the surface.  Soil structure that get less resistive with depth, will tend to draw current down and away from the surface.

The top surface soil layers are critical for understanding Step & Touch Voltage hazards to personnel and how the grid will function in general.  The surface layers are also the ones most disturbed by man and are subjected to environmental conditions and are thus prone to the most changes.  Factors such as frost-line and rain can dramatically change the soil resistivity for the top few feet of the earth from month to month.

Keep in mind, that even if you did have the rare site that was truly located on 2-layer soil, a new middle layer may temporarily form when it rains or when the earth freezes during winter.  Rain water can decrease soil resistivity by as much as a factor of 10, and frozen earth can increase in resistivity by a factor of 10 or more.  Computer programs that do not allow more than 2-layers cannot account for these critical changes in soil. Just imagine what happens to your Touch voltage when the earth freezes to a depth of 18-inches.  If you have a 2-layer summer soils structure of 100-ohmmeters over a 1,000-ohmmeters at 20-ft depth, you will not be able to calculate a 1.5-ft frost line or 6-inch rain conditions.

As you can see, understanding the soil structure of the site and being able to properly model its impact on your earthing grid is vital.  For the Grounding Engineer, understanding the soil structure and being able to properly calculate its effects, is everything.  Being limited to an unrealistic single or 2-layer calculation when you know it’s not valid, is just bad engineering.

We hope this has answered your question.  Please feel free to contact us again, should you have any more questions or concerns.